This article was originally published on 10/17/14 for www.dralanviau.com

A recent report published in Cancer Prevention Research, a peer-reviewed journal of the American Association for Cancer Research, stated that men who ate a low-fat diet with fish oil supplements for four to six weeks before having their prostate surgically removed had a slower cancer-cell growth in the prostate tissue than men who ate a traditional, high-fat Western diet. 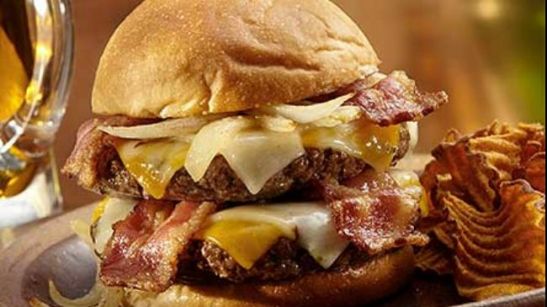 In addition, the study showed that blood obtained from the patients after the low-fat, fish oil diet slowed the growth of prostate cancer cells in a test tube, while blood from men on the Western diet did not. It seems that heightened levels of omega-3 fatty acid from fish oil and decreased levels of omega-6 fatty acid from corn oil directly affected the biology of the cells and slowed prostate cancer growth.

Dr. William Aronson, the study’s first author, said that “the finding that the low-fat, fish oil diet reduced the number of rapidly dividing cells in the prostate cancer tissue is important because the rate at which the cells are dividing can be predictive of future cancer progression. The lower the rate of proliferation, the lesser the chances that the cancer will spread outside the prostate, where it is much harder to treat.” Dr. Aronson went on to say that “based on our animal studies, we were hopeful that we would see the same effects in humans.” This study suggests that following a low-fat, fish oil diet would have a favorable effect on the biology of prostate cancer cells.

It has long been a truism that you are what you eat. And anecdotal evidence tells us that a low-fat, high-protein diet has been beneficial in the treatment of prostate cancer. A large number of my patients follow this diet with favorable outcomes.

In a typical Western diet, about 40 percent of the calories come from fat. In the Aronson study, the group following the low-fat diet was consuming 15 percent of the calories from fat. In addition, this group took five grams of fish oil per day to provide omega-3 fatty acids. Incidentally, omega-3 fatty acids have been found to reduce the incidence of heart disease and to fight inflammation, which has also been associated with certain other cancers.

Further studies are currently being conducted with one group of men following a low-fat, fish oil diet and the other group following a traditional Western diet, and the progression of their prostate cancers is being tracked. Both study groups were taken from a subset of men who have been diagnosed with prostate cancer but have chosen active surveillance (getting regular checkups and biopsies but not receiving treatment for the disease). The results of this ongoing study will be of great interest.

Read discreetly with the Kindle™ edition of Penis Power™ now available for purchase from Amazon. The Nook Books™ edition from Barnes & Noble and the Sony eReader™ edition from Sony’s Reader Store. Available for under $7.00!